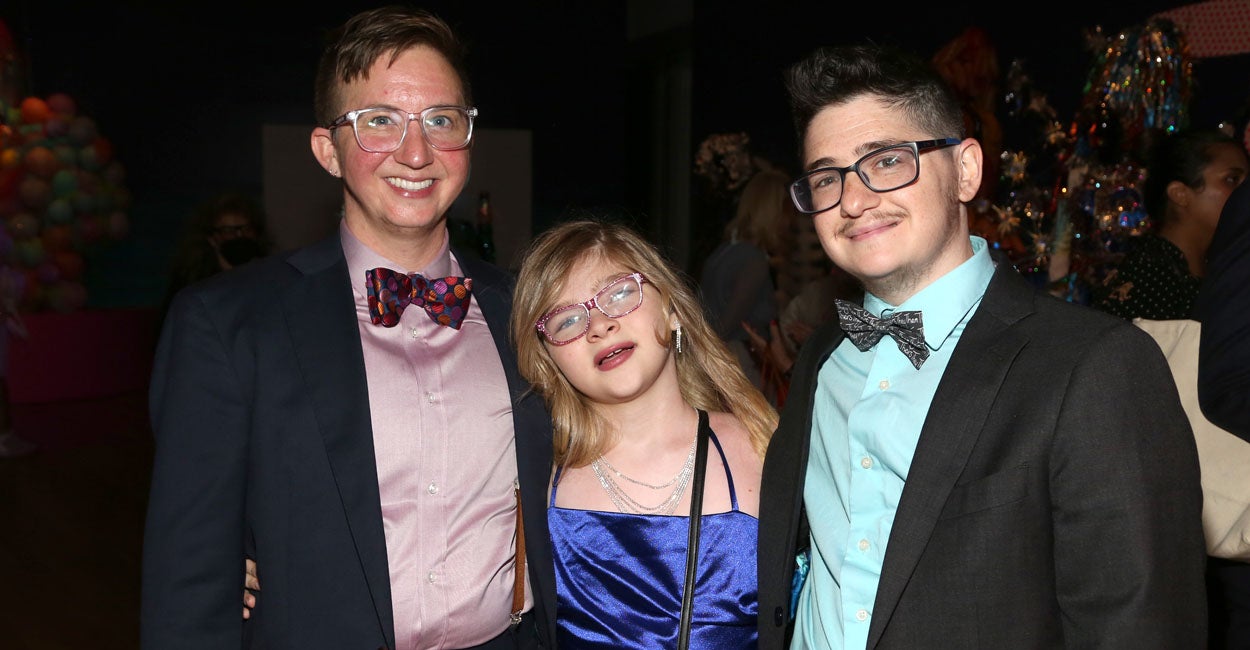 Noella McMaher, 10, has become the youngest transgender model to open and close a show during New York Fashion Week.

Noella was born a boy, but dresses in girls’ clothes.

This is yet another example of an entire community – from this child’s parents, to the fashion industry, to LGBTQ organizations – pushing radical gender theory as both normal and acceptable among children who have not yet left primary school.

The fact that this happened, let alone advertised on news sites and social media as a positive event for a child, is a travesty.

Several news outlets covered this story and announced it as positive. Several problematic ideas spring from a single article distributed by Reuters news agency – from pushing a child into activism, to advertising a transgender child in a fashion show as usual, to Noella dressing and behaving like a girl ever since that he is a preschooler.

In a video interview with Reuters accompanying the article, Noella, who is from Chicago, recalls that it is a “first” in the history of the industry.

The child responds: “It’s cool to have this title. It shows that I’m showing others and kids that being transgender isn’t wrong.

Noella shouldn’t feel the pressure of being a transgender “mascot” or an advocate for a cause like this, which is full of complexity and nuance.

“What is normal? Noella asks in the same interview. “It’s 2022, no one knows what normal is at this point.”

A Reuters Tweeter echoes the sentiment and says this 10-year-old is ‘resetting normal’.

The news agency and Noella are right about that, as stunning and abnormal as the fact is. Parading a 10-year-old biological male as a woman in a fashion show seems about as far from normal — or a normal childhood — as it gets. It’s not normal, and I would say it’s not healthy: what’s wrong with normal and healthy these days?

More Americans should wonder aloud and ask LGBT activists this vital question: Why does everything have to push boundaries, even the activities of 10-year-olds?

Unfortunately, it’s getting worse. Noella McMaher is a “ambassadorfor “LGBTQ and ALL,” which is an online group. In a profile there, Noella explains:

Good morning! My name is Noella, I’m 10 years old and I live in Chicago, Illinois. I am transgender and I use the pronouns her, her and hers. I’m in 4th grade, I like going to gymnastics twice a week, dancing and having fun with my friends. I have 2 younger siblings, a cis brother and a theybie. I also have a dog, two cats and a bearded dragon. I transitioned socially at 4, legally at 6 and am being monitored and hoping to get hormone blockers soon! Both of my parents are trans-male. We are one big queer family!

Another sentence in the Reuters article says that Noella believes he is a girl, despite being born a boy, since she was 2 years old.

Both passages are key to understanding Noella’s transgender existence and this whole story of a 10-year-old making transgender history at New York Fashion Week, which ended on September 14.

Anyone who’s had kids—or knows kids through friends, family, or work—knows that at age 2, kids can’t do anything on their own. They need help eating, sleeping, bathing and dressing. At 2 years old, children are just beginning to build short, simple sentences.

Even at 4 years old, children depend on their parents to survive. For most children, the concepts of sex or gender are completely absent: they cannot even survive without an adult, much less contemplate their own sex, or that of someone else.

In the profile, Noella mentions that both parents are “trans-male.” I’ve covered this question for years, and had to search for this. Trans-male individuals are apparently girls or women who want to identify as masculine.

Noella also says that one sibling is a “cis sibling” and another is a “theybie”, i.e. an indeterminate gender. I’m not a brilliant child psychologist, but something tells me that Noella got all these ideas about gender fluidity and being “transgender” from two mothers who dress like men.

Forcing a toddler or preschooler to believe they are the wrong sex, dressing them in clothing of the opposite sex, and then encouraging a legal, social, and medical transition is so harmful.

Turning this whole charade up a notch and parading said child down a runway during New York Fashion Week to set some sort of all-time transgender record is a great example of the progressive and radical indoctrination of gender theory to its worse.

The Daily Signal publishes a variety of perspectives. Nothing written here should be construed as representing the views of The Heritage Foundation.

Do you have an opinion on this article ? To chime in, please email [email protected] and we’ll consider posting your edited remarks in our regular “We Hear You” column. Don’t forget to include the URL or title of the article as well as your name and city and/or state.

On the trail | Johnstown woman to showcase her fashion designs in exhibition, show | Features