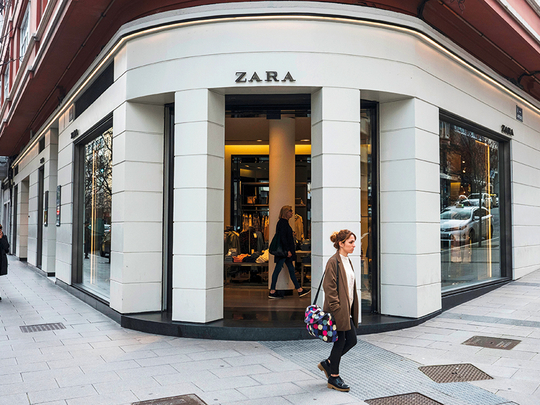 Dubai: Fashion giant Zara recently condemned anti-Palestinian comments by its chief designer that sparked outrage among Arabs who called for a boycott of the Spanish clothing line on social media.

Vanessa Perilman, of Jewish origin, is the chief designer of Zara for her women’s department. She has engaged in an online argument with Palestinian model Qaher Harhash over her advocacy for the Palestinians during Israel’s 11-day war on Gaza last month.

She sent a series of inflammatory messages to the 23-year-old East Jerusalem resident on Instagram. “Maybe if your people were educated then they wouldn’t blow up the hospitals and schools that Israel helped pay for in Gaza,” Perilman wrote of the Palestinian model.

In another post, she said, “People in my industry know the truth about Israel and Palestine and I will never stop standing up for Israel and people like you come and go at the end. Israelis don’t teach children to hate or throw stones at soldiers like your people do.

Harhash posted screenshots of Perilman’s posts in his Instagram Stories which went viral on social media. Many have posted messages demanding that Perilman be disciplined and calling for a boycott of Zara.

His statements angered many and led to a social media campaign to boycott the Spanish clothing retailer.

Harbash said, “I couldn’t expect someone with so much power to say things like that to people.”

He said he expected Zara to apologize to all of their Muslim clients who were insulted, and not just to him personally as it ultimately happened.

When asked if he was afraid for his career, he replied, “In some situations you have to stop being afraid of them. Sometimes the situation is bigger than one person and ultimately it is beyond the career of the individual. I’m sure there are some amazing people in the fashion industry that I’ve worked with.

Inditex, the company that owns the Zara brand, said it “accepts no disrespect for any culture, religion, country, race or creed.”

“Zara is a diverse company and we will never tolerate discrimination of any kind,” the company continued. “We condemn these comments which do not reflect our core values ​​of mutual respect, and we regret the offense they caused.”

However, the company did not mention any plans to discipline the designer.