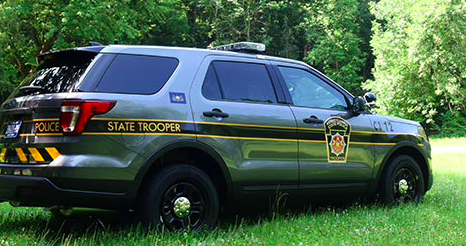 A woman whose body was found in western Pennsylvania on Sunday has been identified as a former model from Virginia who suffered multiple gunshot wounds, investigators said.

Rebecca Landrith, 47, was found by a PennDOT employee early Sunday along an Interstate 80 interchange ramp in Union County, just over 120 miles northwest of Philadelphia, in central Pennsylvania. At the time of the discovery, investigators noted Landrith is said to have recently traveled to Indiana and Wisconsin, based on receipts found with his body.

UPDATE: Texas man charged with murder of ex-model whose body was found near Pennsylvania Freeway

Landrith did not have an ID with her when she was found, but investigators were able to identify her using the fingerprints found on the receipts, said Union County District Attorney D. Peter Johnson.

Homicide investigators have yet to determine the motive for the shooting.

Landrith, originally from Alexandria, Va., Had a iStudio page which details her experience as a model in locations in the United States. She was a finalist in 2014 for the Miss Manhattan pageant in New York City and America’s It Girl Miss Lady Liberty in the same year. She was also an accomplished violinist and previously worked in law, according to her biography.

Ms. Landrith has appeared in numerous product ads, video ads, magazines, acted as a spokesperson in videos for companies and their websites, and in several high fashion shows, including Fashion Week. , indicates the bio.

George Landrith, the victim’s brother, said PennLive Wednesday that Rebecca was the youngest of five siblings. She never married and separated from the rest of her family five years ago.

The investigation into his death is still ongoing with the Pennsylvania State Police and the Union County District Attorney’s Office.