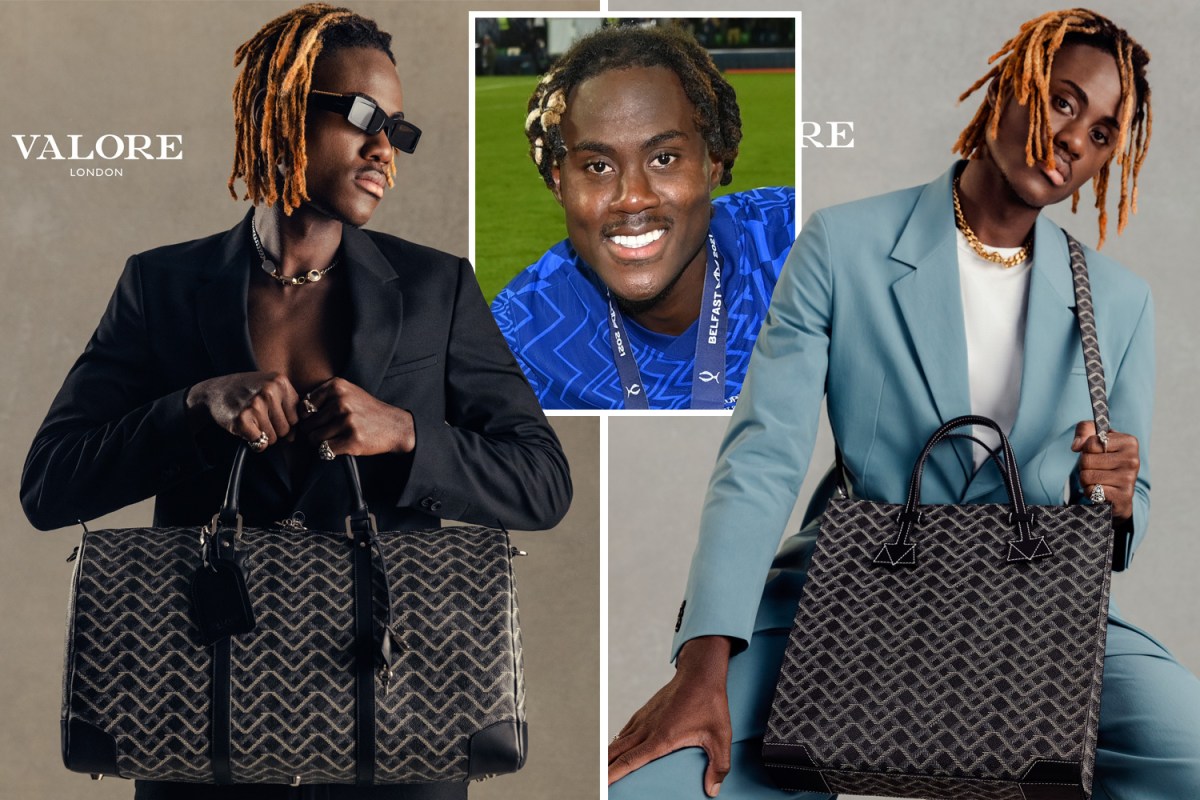 TREVOH Chalobah has come of age and appears to have solidified his place in Chelsea’s first team.

The utility player broke through at the age of 22 and appears to have finally sneaked into Thomas Tuchel’s plans after a man of the match game against Villarreal in the Super Cup shootout victory, as well as ‘a goal on his Premier League debut against Crystal Palace.

The German tactician admitted it himself, with the ex-England Under-21 international having played during the preseason.

“He played well against Bournemouth, Arsenal and Tottenham,” Tuchel said after the game.

“We wanted guys on the pitch who could play 90 minutes. He was one of the first to train, he was strong physically and deserved to play.

“It’s pretty impressive. He made his way through our thinking.

“Let’s see how it goes, he imposed himself in our reflection. We still have a few days to decide [his future]. “

It’s a future that seemed like a long way from Stamford Bridge, with suggestions he was about to be sent on loan… again.

The fashionable footballer also starred in a fashion campaign for Italian leather goods company Valore London, ahead of his sensational rise.

Entitled ‘Future British Icons’, the photoshoot showcased their collection of Blazon monograms and showed Trevoh to be a pioneer.

He and his footballing older brother Nathaniel, now 26, are both graduates of the famous Chelsea Academy, with the older brother now plying his trade at Watford.

The story of Chalobah began in Africa.

Trevoh was born in Sierra Leone in 1999.

His family moved to Lambeth, south London, when he was six and he quickly discovered the beautiful game on his estate, where he and his brother played football in a cage pitch.

“Moving in here when I was 6, I remember parts of those early days, but my first real memory is seeing the cage,” he said. Gaffer magazine.

“The park too, where we went and played every day. We met a lot of friends there, a lot of people who loved football.

“We also had community centers and they were a big part of our childhood.”

At eight, Trevoh joined his brother Nathaniel at Cobham and rose through the ranks, before signing a pro contract in 2018.

Playing mostly right or center-back, he won the Uefa Youth League and FA Youth Cup alongside Mason Mount as a teenager.

He has also played at all levels for England, from the Under-16s to the Under-21s, and was part of the Under-19 squad that won the European Championships in 2017.

However, with limited chances at Stamford Bridge, it was imperative that Trevoh left West London to get playing time elsewhere.

For the 2018-19 season he was loaned to Ipswich Town, then a Championship club.

He played 44 times for the Tractor Boys, but despite the impressive, he couldn’t save the club from relegation.

The following season, it was in West Yorkshire that Trevoh had his next championship football experience with Huddersfield Town.

It was there that he caught the attention of boss Danny Cowley.

“Trevoh Chalobah will be a top player,” he said.

He added: “He’s a very good learner and is always looking to add to his game.”

Last season Chalobah continued his football studies abroad with Lorient in Ligue 1 – with a need to test himself at a higher level.

He appeared to gain weight with extra weight training in the gym, which he proudly shows off on Instagram.

On the final day of the season, Trevoh put his name in Lorient’s record books when his goal against Strasbourg earned the club a 1-1 draw, but more importantly saved them from relegation.

He also had a ‘pinch me’ moment earlier in the season when he faced superstars PSG – over whom Lorient recorded a famous 3-2 victory.

“Being on the same pitch as Angel Di Maria, Neymar, Kylian Mbappe – I had watched this team play in the Champions League. Beating them was amazing,” Chalobah said.

“I must have tagged him a lot. Even when I tackled him it was like, ‘Wow, I tackled Neymar.'”

When Chalobah was only 17, he was visited by ex-Blues star Daniel Sturridge at youth training camp in England, who gave a talk to the youth.

The striker was quick to pass on his experience and advice. It was a message that stuck with the pro model.

“Daniel was with the England senior team but he sat us all down and told us that our main focus should be football,” Chalobah told The Athletic.

“He told us how important sleep is. Instead of going out to parties and the like, have the strength to say no. Football has to come first right now. That’s how it is, he wanted to help us out of the way other players.

“I’ve always kept that in mind, from Chelsea to my loans at Ipswich and Huddersfield. There are temptations to come out, but you have to have the power to walk away.

“You have to rest to train and prepare for the game. We are all human beings, sometimes you need to relax but you have to choose the right time. I like going out for meals. I went clubbing. a few times, the cinema, but only at the right time. “

THE FUTURE IS NOT WRITTEN

After his star show against Villarreal and his strike against Palace, Chalobah may have just changed his footballing future.

It looked like he was heading for a fourth straight loan, with fierce competition for places.

Toni Rudiger, Thiago Silva, Andreas Christensen, Kurt Zouma would all be definitely ahead of him in the hierarchy.

Right-backs Cesar Azpilicueta and Reece James both played in the last three last season and could well be more trustworthy if it comes to that.

While French international defender Jules Kounde is said to be next on Tuchel’s shopping list under the successful £ 70million deal.

Whatever the future, Chalobah has a lot to offer.

For Tuchel, trying to integrate him into his team will be a puzzle that he will be happy to have.