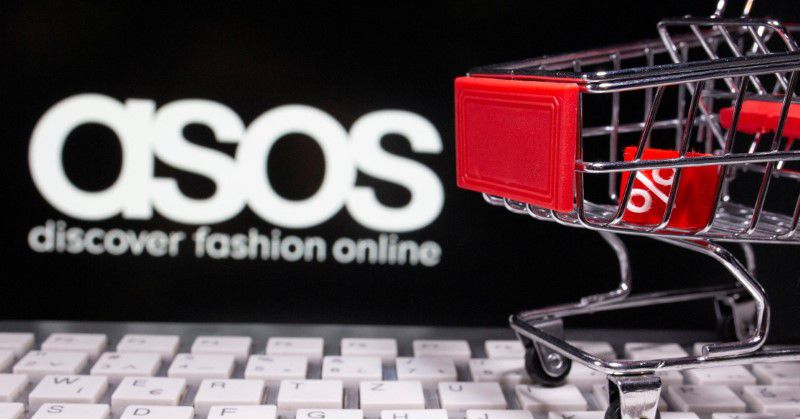 A keyboard and shopping cart are seen in front of an ASOS logo displayed in this illustration photo taken October 13, 2020. REUTERS/Dado Ruvic/Illustration/

LONDON, June 16 (Reuters Breakingviews) – Online fashion retailers need a radical shift in operating model. Shares of ASOS (ASOS.L), Boohoo (BOOH.L) and Zalando (ZALG.DE) have lost up to two-thirds this year as inflation prompts customers to send back more clothes. Eliminating free returns, as Inditex (ITX.MC), the 69 billion euro owner of Zara, has already done, is a surefire way to cut costs. It is also the beginning of the end for the “the bedroom as a dressing room” business plan.

Selling cheap tops and shoes to 20-somethings is a volatile business. Without physical outlets, customers buy multiple items to arrive at the perfect shape, size, and color. Retailers like £820m ASOS and £710m Boohoo absorb the cost of free deliveries and free returns. The latter is particularly tough. Besides the physical collection, there’s washing, processing, and then potential discounting so that a returned item can be resold quickly. With households tightening their financial belt, customers send back more goods. This increases administrative costs for retailers and reduces sales.

Established retailers have already ditched free returns. Britain’s Next (NXT.L) introduced a £1 charge in 2018 for certain returned online items. Inditex followed suit in May with a £1.95 fee for all online returns in Britain. The main idea is to make customers more disciplined in their buying habits. But retailers can also argue that with fewer vans driving around picking up unwanted clothes, they’re becoming more sustainable.

However, the change is likely to hurt. In good economic times, free returns services can inflate sales – customers are more likely to keep items and forfeit a refund if they don’t feel the pinch elsewhere. But with the UK, ASOS’ home market, mired in a cost of living crisis, the opposite is now true. Based on the company’s valuation multiple multiplied by 3.3, the £300m cut from ASOS’ market value on Thursday implies a nearly £100m drop in EBITDA. That’s 40% of earnings before interest, taxes, depreciation, and amortization this year, according to analyst forecasts compiled by Refinitiv. Faced with such a lose-lose situation, the idea of ​​charging customers for returning clothes doesn’t seem so silly.

(The author is a Reuters Breakingviews columnist. The views expressed are her own.)

British online fashion retailer ASOS said on June 16 it would miss this year’s profit forecast after a significant increase in product returns from customers, most of whom are in their 20s.

The company, which has also named a new chairman and chief executive, said it expects revenue to grow 4% to 7% in the year to the end of August. . Adjusted pre-tax profit would be between £20m and £60m, he added.

Rival Boohoo said on June 16 that its revenue fell 8% year-on-year to £446 million in the three months to May 31. adjusted EBITDA margins of between 4% and 7%.

The opinions expressed are those of the author. They do not reflect the views of Reuters News, which is committed to integrity, independence and non-partisanship by principles of trust.